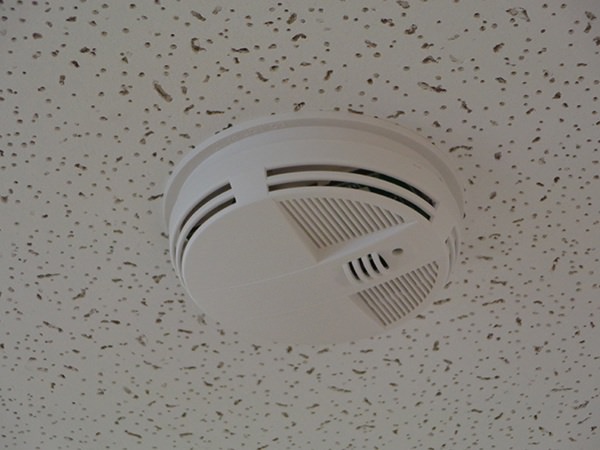 Smoke Detectors in a Security System

Electric smoke detectors use ionization to detect flaming fires, or the first stage (incipient stage) of a fire. They tend to go off when something is burning on the stove. Because these detectors are prone to frequent false alarms, many people remove the batteries or disconnect the alarm, leaving them vulnerable in the case of a fire.

What about heat sensors? Why get a smoke detector instead of a heat sensor?

While a heat sensor detects high heat levels and catch fires as the temperature rises over a period of time, a photoelectric smoke detector will also detect smoke. However, heat sensors may be more appropriate depending on the situation, such as in attics, garages, woodshops, and dusty environments.

Best spots for a smoke detector

The standard recommendations for smoke detector placement include having at least one on each level of a structure, such as on the main floor and in a basement. If there is a high vaulted ceiling, the recommended placement is near the top of the area. However, an in-person assessment from an experienced professional can give you the specific information for how to best protect your home or business.

The U.S. Fire Administration recommends testing electric smoke alarms every month and replacing alkaline batteries at least once a year, although other experts recommend changing the batteries twice a year during the switch to Daylight Savings Time – when we spring forward an hour and fall back an hour.

According to the National Fire Protection Association, “Three out of five home fire deaths resulted from fires in properties without working smoke alarms.” No matter what kind of smoke detector you have, make sure it is in working order and check it regularly.