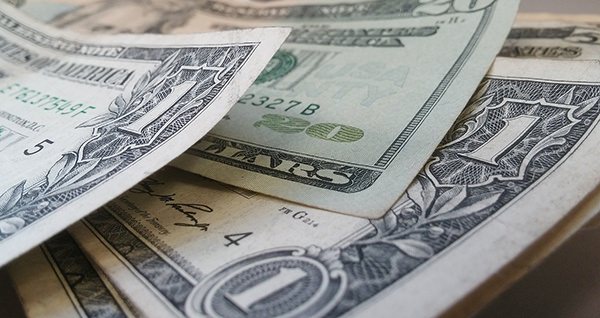 How Much Does a Standard Security System Cost and What’s Included?

1. What’s in a standard security system?

While there isn’t truly a “standard” security system, generally there is a base package from which to start. A standard security system normally contains the following:

The control panel in your security system acts as the “brains” of the operation. It is the hub for the system, connecting the actions from your keypad and sensors. It is generally located in an inner area of the home such as a laundry or furnace room. When you don’t have a landline in the home, you can add a cellular communicator (seen here on the left side of the picture) so that your security system is able to communicate with the response center via cellular towers.

A keypad is what you use to control your security system. You can press the 3 buttons on the left side for immediate response. There are 5 pre-programmed keys on the right side for easy use.

The number keys let you enter your code to arm or disarm your system. You can also use the keypad to bypass open sensors (such as an open window in summer). When you arm your system in “stay” or “sleep” mode, the motion detector is bypassed so you won’t set off your system if you get up to go the bathroom, get a drink of water, etc. However, it would go off if you open a door as the perimeter sensors would be armed.

Indoor sirens have 2 sounds – a steady sound and a beeping yelp. A security system siren puts out around 100 decibels when it goes off, startling any would-be burglar.

Like many people considering an alarm system, you are probably worried about false alarms. What will happen if you accidentally set off your security system? The siren will sound and it will be loud, but you should be able to stop the siren by entering your code into your keypad. You may also receive a call from the response center, checking to see if it is an actual alarm or a false alarm. You simply need to cancel the alarm with the response center by telling them your password (different from your keypad code).

Sensors that work on doors or windows help get you more bang for your buck. They can be used on doors, windows, cabinets, or any other places that can be opened and closed. Door and window sensors work by transmitting a signal to the control panel when the two pieces of the sensor are moved away from each other.

Door sensors come in white or brown to match your decor. Ideally, you’ll want a sensor on all perimeter doors and possibly windows.

Depending on your needs, you can select either a motion detector or a glass break sensor.

A glass break sensor detects frequencies from breaking glass. For example, if you have a patio door or other large window, having a glass break sensor will help detect when the glass has been broken, as an intruder may more likely break the glass rather than try to open the door or window.

2. How much does a security system base package cost?

This is a tricky question, as you’ll generally be getting more than just the base package (depending on your home). If you don’t have a landline, you’ll need to add a cellular communicator, adding more to your upfront cost and monthly cost. If you add any other sensors or detectors, you will add more to the cost of the package, but it generally won’t change your monthly monitoring cost.

With payments, there are generally 3 options for a basic security system package. If you pay all at once, you’re probably looking at around $1200-$1500 with a very small or no monitoring cost and contract. If you pay very little up front, you might pay $100 down, but you will be paying more monthly. If you land in between those extremes, you can expect to pay $500-$700 down and around $25/month.

If you’re thinking about a security system, it may pay to check into how much you’ll save on your homeowner’s insurance if you get a security system installed. Discounts can range from 5-20% off and you may save even more if you add in a smoke detector. These discounts can help offset the monthly payment for a monitored alarm system.

While there isn’t a “standard” security system, a basic security system package gives you an idea of what you’ll get in a security system and some options you might want to include. You’ll also want to think about costs over time including service and maintenance. If you’d like to know how much a security system would cost for your home, sign up for a free, no obligation security analysis. We’ll have one a Regional Sales Manager come to your location and walk through customizing a system to fit your specific needs and location.