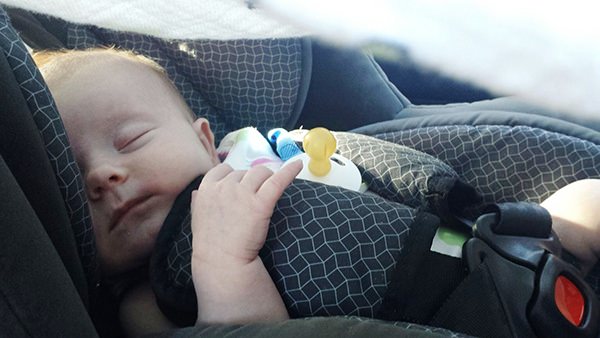 Kids and Cars: Anyone can forget a child in a car

During the summer months, forgetting a child in a car for even a short time can be deadly. Between 1999 and 2007, 28 deaths occured when children were left in a car for less than an hour. On average, 38 children die every year from heat-related deaths after being left in cars. These incidents typically occur during spring, summer, and early fall. While most cases are accidental, some are intentional, whether due to neglect or substance abuse; however, almost all are preventable.

The lessened visibility of a rear-facing car seat in the backseat as well as sleep deprivation, stress, high emotions, and changes in routine can all contribute to a parent forgetting a child in a vehicle. Unfortunately, this problem affects people of all classes, genders, ethnicities, personality types, and levels of education.

According to Gene Weingarten’s Pulitzer Prize-winning article about children being forgotten in cars and dying, in the last 10 years, it’s happened to people with some of the following professions:

Problems with Memory – It Can’t Happen to Me

When hearing these stories, parents often think it can’t happen to them — that they would never forget their child in the car. People question about how the parent couldn’t think about the child or remember him/her at some point throughout the day. Weingarten explains that in the parent’s mind, the child is safe and with a caregiver, whether this erroneous thought occurs due to dropping off a different child at a daycare or school or by thinking they’ve already dropped the child off.

As professor of molecular physiology David Diamond explains, “Memory is a machine, and it is not flawless. Our conscious mind prioritizes things by importance, but on a cellular level, our memory does not.If you’re capable of forgetting your cellphone, you are potentially capable of forgetting your child.” For example, if you’re driving to work and thinking ahead about your day, you may find that you’ve driven from home to work but don’t have a clear recollection of anything about how you got from point A to point B. Unless something happens to jar you out of your focus, such as a baby crying or a mention of the child by a spouse, your memory of the child in the back can be gone.

Despite the typical demonizing comments when a child dying in a car makes headlines, “the quality of prior parental care seems to be irrelevant,” according to Diamond. People otherwise known as attentive and doting parents can be distracted, upset, busy, or confused by a change in routine and forget a child is in the car. Clinical psychologist Ed Hickling explains that we don’t want to resemble these people because we want to maintain a narrative where the universe is not heartless and random, and where we believe bad things can be avoided if we are vigilant and responsible. However, that’s just not the case.

A nonprofit organization called Kids and Cars lobbies for increased car safety for children, including incidents such as driving over unseen children, the dangers of power windows, and trunk entrapment. Founder and president Janette Fennell was kidnapped in 1995, assaulted and robbed, and left for dead in her vehicle’s trunk, leading her to campaign for an internal trunk release mechanism to be standard in all vehicles. A federal regulation was issued, resulting in all vehicles manufactured after September 1, 2001 to have such a mechanism.

Improved car safety features and increased public awareness can help prevent deadly hyperthermia incidents. Back-seat sensors that would sound an alarm if a child’s weight remained in the seat after the ignition is turned off as well as a few after-market products have been invented, but have not gained traction. After a NASA worker’s child was forgotten in a car and died, colleagues developed a device with weight sensors and a keychain alarm. However, no company was willing to manufacture it due to the liability of device failure leading to a child’s death. Also, marketing studies showed the devices would not sell well, because people think this could never happen to them.

Tips to Prevent Forgetting Your Child in the Car

If you see a child or children alone in a vehicle, take action. If they are hot or do not seem well, get them out as quickly as possible. Call 911 immediately.

Sources: Forensic Science Medicine and Pathology – Hyperthermia Deaths among children in parked vehicles: an analysis of 231 fatalities in the United States, 1999-2007, Time – Yes, You Could Forget Your Kid in the Car – I Did